Survival has been the oldest forte of human being. Since the evolution of mankind we have primarily been working around 'Survival' , fending off threats from wild animals , humans and natural catastrophe. History has enough evidence to prove that the first invention was 'Fire' which was primarily done to survive against wild animals , to keep warm and later to cook. Invention of tools and weapons evolved alongside where we used sticks , stones , bones & other hard objects to make equipment which could cut , hammer and much more. 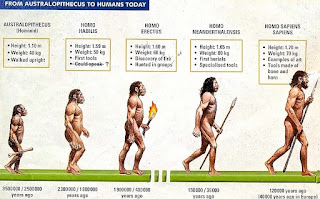 Well we are not dwelling upon the inventions which human beings made since their inception but that the basic skill set which has helped us stay safe and secure is 'survival'. The paradigm of 'Survival' has always been of prime significance. From stone and fire we have evolved to nukes and drones, our genre of being a food gatherer and hunter has been taken over by online retailers like 'Groffers' , 'CureFit' and umpteen more. The specialized uniformed men like police and military have come to our rescue and ensure our survival but inspite of all this we can not and should not do away with a basic 'life skill' called 'Survival'.
I have amplified it time and again that between us and our attacker/s there are only 2 virtues which can help us sustain and survive - Will and Skill ! Firstly, we have to believe that 'there is a need' and then 'we need to KNOW so that we can say 'NO' to an extreme situation. Anyone else, technology , armed response or whatever have you will only come later, so you need to hold it till help comes.
Those of you from the civil stream with little knowledge on body guarding would be rather surprised to learn that a good 'Body Guarding' or 'Executive Protection' protocol involves training of a VIP or a Protectee too where they are apprised of certain do's and don'ts when they are exposed to threats. Hence it is imperative that our safety and security first and foremost is 'our responsibility'.
I would like to end this small piece of information with a saying that . "It is better to have a gun and  not use it , than not have it and wish it was there to help you save your life and honor or someone else's.
So till next time stay safe and be a hard target!!

April 22, 2021
It was 12th Apr of the year 2020 , Easter Day. I wore my best shirt a white full sleeved cotton and pulled up my new denims pairing them with grey leather boots. All decked up , the lovely meal comprising of 'bhuna mutton' was packed neatly to be carried alongwith to my children's place for lunch. I left home all excited for the festivity but the excitement could not last for long , as soon as I reached the main gate of my society I found it locked with large police gathering on either side of it - Suncity was under lockdown and no one was supposed to step out nor anyone could come in. All my dreams of a family lunch were quashed and I returned back like a fool - Covid had made its first nasty presence! Since then it is almost a year and life has been a rollercoaster with lockdowns, shutdowns , curfews , social distancing and masked movement being an integral part of our lives . Though we are still 'social animals' albeit without any social connect. Politicians who
3 comments
Read more